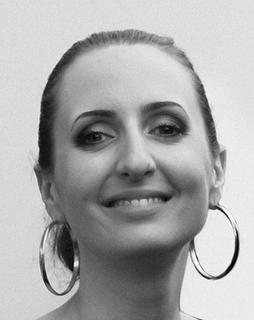 If you visit this website at all, you are well aware of how delighted I was when Del Rey agreed to contract with Magali Villeneuve to illustrate their hardback editions of The Farseer Trilogy.  I had been introduced to Magali years before at Imaginales in Epinal, France and been very impressed with her art.  She is, of course, very well known for her art on Magic The Gathering cards.

Over the course of illustrating the books, we've exchanged emails and discussed the appearnaces of the characters and the settings.  I'm pleased to say that our friendship has deepened, and I look forward to days when travel, and meeting distant friends face to face is possible again.

But in the meanwhile, I asked Magali if she would do an interview for this website, and he graciously agreed.  And here it is!

An Interview with Magali Villeneuve, Freelance Illustrator and Cover Artist

Did you begin drawing as a child?

Before I was 12, I wasn't really into drawing. I would doodle just like any kid, every now and then, but it wasn't my main interest. Everything changed in my 12th year, when I went to the movies and saw Disney's Beauty and the Beast. It's still a very vivid memory. I was immediately hooked, like something suddenly clicked. When I got back home, I immediately took a sheet of paper and started drawing the Beast (even back then, I wasn't really into « princesses » already!). To my whole family's surprise, the result was immediately beyond what a 12 years old was supposed to do, especially without practice. From this day, I never stopped drawing.

Is there any illustrator who particularly inspired you?

Based on what I told previously, my first « idol » was Glen Keane, aka the Beast's (and so many more) Lead Animator. For many years my goal was to become a Disney animator myself, so my first role models really were the artists working in this industry. Glen Keane and Kathy Zielinski (Lead Animator for Claude Frollo in the Hunchback of Notre Dame for example), had the biggest influences on me at that time. I learned so much just by trying to copy their works.

And then, growing up, I became interested in more classical things. To this day Pre-Raphaelites and the Caravaggisti are still my first inspiration sources. Of course, I love many illustrators past and present, but my inspirations really come from eclectic sources : fashion, sculpture, movies, music… I tend to think it's « safer » for an illustrator not to look too much at what's going on in the same field. This is what creates generations of artworks all looking more or less the same and lacking a little bit of soul. My main goal has always been to hopefully do something « personal » rather than trendy, no matter what. And even if I may not have the same impressive technical skills as some of my other fellow artists, at least I know my illustrations are recognizable, and I care about that.

Did you receive formal training in art or are you self taught?

I am self-taught. For the longest time I thought it was a boulder I had to carry, with the feeling of never « being enough ». Not enough skill, not enough art culture, not enough potential, not enough theoretical knowledge… But after 15 years of ever-growing career as an illustrator, the least you can do for yourself is try to admit there may be a reason for people to keep hiring you (and not just because I'm a polite girl, you know!)

So today, despite the hardships being self-taught created on my way, I'm also aware it's one of my main strengths. As I didn't have the training, I worked even harder to at least have the « feeling ». THE one thing I hear or read the most about my illustrations is their emotional dimension.

You've done a great deal of work in the fantasy field.  Have you worked in other areas that your followers may not know about?

I've done some pieces for kids/pre-teens literature in my country, but it didn't last long as it's really not my cup of tea. As a fun fact, one of my husband and I's first clients (my husband also is an illustrator), was a food wholesaler who needed monthly imagery for their special offers. And we still work for them, once a month, only out of pure loyalty's sake. So each month, I help create price sheets in the middle of my Magic the Gathering or Star Wars or whatever stuff. Loyalty is not easy to hold on to when opportunities keep growing, but it's still important to never forget who helped you make a living first.

What was your first professional work?

It was for a tiny publishing house that doesn't exist anymore. I was hired for cover illustration and layout work. They were the first to respond to the application emails I had sent toFrench publishing houses when I started as a pro.

This is a picture of probably the earliest work in my professional journey!

Is there a particular piece of art that you are exceptionally proud of?

Asking for one is way too cruel given the hundreds of artworks I painted through the years… So I'd rather talk about more general sources of pride. First, I'm proud to contribute to helping women representations in Fantasy move forward : after decades of what I'd call « pointlessly sexy » and pretty-but-bland ladies, I'm more than happy to be part of the illustrators who try to change that.

I recently put up a non-exhaustive collection of some of the women/female characters I painted for Magic the Gathering. It may sound boring or like old news, but even today it actually is not : all genders can look beautiful AND strong AND believable without the systematic necessity to be half naked or over-sexualized. Let's leave that to the 80s Heroic fantasy artworks and let's move on to an era where everyone can relate to imaginary characters. I want my images to arouse more sophisticated reactions than « wow, she's a hottie warrior girl ».

By extension, in general I'm proud of the images where I had all the space I wanted to put a lot of feelings.

I'm not mentioning them because I'm writing this for Robin's page, but some of my Farseer Trilogy pieces do stand amongst my biggest prides to date. And most especially 3 of them : Shrewd giving the pin to Fitz, and Chade holding Fitz in Book1, and then Burrich and Fitz at the end of Book2.

It's even hard to express how much of yourself you can pour into your art when you're particularly inspired, when your subject particularly speaks to you for deep, intimate reasons.

All those years, I've been so busy there was no room at all for personal work. These Farseer pieces were the closest thing to personal work I experienced in a long time. And given the reactions they provoked, I think it did shine through. So yes, I'm very proud of them.

Do you have any advice for those with ambition to be illustrators?

First, very hard work is bound to take you somewhere, so be resilient and hold on.

Success doesn't really exist in the illustration field, there's never a moment you can say "I did it". At best, it's only milestones. The moment you start thinking you're a boss and influential in your area, you stop progressing and you become a very unpleasant and ugly-inside person. I've known many like that, it never ended well.

Don't overestimate social networks, the number of likes, followers and so on. At the end of the day, the only thing that'll help you build a real career is how much you're going to work, all alone in your studio/bedroom/whatever, and how reliable you'll be for your clients, period. All the rest is only about trying to flatter your ego, in my opinion.

And last, don't try to be anyone else, no matter how incredible the artists you admire are at what they do : take a close look within yourself, and find THE thing that really vibrates when you're taking your pencil. This is the thing you'll want to be hired for, this is the thing you'll be really good at and that will catch art directors' eye. Don't try to pretend you're an absolute chameleon, it will only cause frustration and pain. Being a professional illustrator is a never-ending race against the others and yourself. If you carry a weight that's not yours, you won't go far.

And back to Robin again!  If you'd like to own the Illustrated Editions of The Farseer Trilogy, The first two volumes, Assassin's Apprentice and Royal Assassin  are already availble from Penguin Random House in the US and from Harper Voyager in the UK.  Assassin's Quest, the final volume, will soon follow from both publishing houses.

If you'd like your book signed and dedicated, copies can be ordered from The University Book Store in Seattle, Washington.  In the 'comments' section of your order, please state very clearly exactly what you'd like the dedication to say.

An important note.  If you are ordering from outside the US, please pre-order Assassin's Quest separately from the first two volumes as it is not published yet.