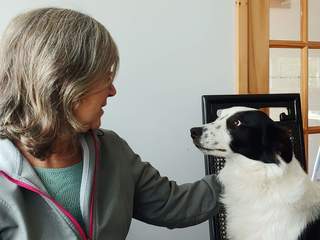 Oh my goodness, the same thing happened to me. My chihuahua is a huge fan and showed up and Robin refused to sign her book OR share her donut. Heartbreaking!

How to Get a Signed Book

I really need to put up a Frequently Asked Question page for this site!

But, until I get that done, I'm going to answer this frequently asked question right here.

How Can You Get a Signed Book?

There are two excellent sources.  The first is for a book that is going to be released soon, such as the 25th Anniversary edition of Assassin's Apprentice.  If you would like a pristine copy of this, signed by me and shipped to you in absolutely perfect condition, then The Signed Page is for you.  Shawn has been operating that service for years now, and you will find there books by many SF and fantasy authors, all signed for you.  For instance, right now you can get books signed by Joe Abercrombie or Brent Weeks. But if you explore the site, you will find many others including some by me!  These books sell out, so if you want one, you shoudl order it.

But suppose you want a paperback signed or yes, you want the 25th anniversary edition of Assassin's Apprentice.  Then I suggest you visit Seattle's University Book Store site. In the search bar, put Robin Hobb.  Up will pop an extensive list of my books.  Choose the one or ones that you want.  As you complete the order form, note that you will see a 'comments' box.  In that box, note that you would like the book signed.  The store will send that book or books down to their Tacoma branch, I will drive to town and sign it, and it will be shipped to you.  Pretty easy for all of us!

And thank you for asking!

The 25th Anniversary Illustrated Editions of The Farseer Trilogy 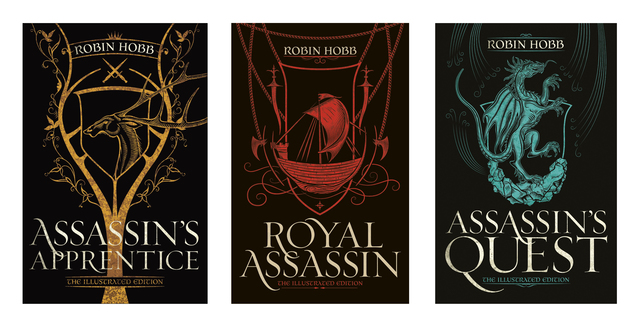 The three lovely covers of the illustrated editions of the Farseer Trilogy: Assassin's Apprentice, Royal Assassin and Assassin's Quest

Well.  There they are.  After more than 25 years, I am thrilled to say that the Farseer Trilogy will exist in matching editions in hardover in the US!

Moreover, these books will be of excellent production quality.  All three will feature art by Magali Villeneuve.  The endpapers are a gorgeous map of the Six Duchies.  Assassin's Apprentice also features as a frontspiece the original paperback cover art by no other than Michael Whelen.

As I have with every book I've writtern, the initial launch for Assassin's Apprentice 25th Anniversary Edition will be from University Book Store in the University District of Seattle, Washington State. I will be there to sign and chat with readers on October 1, 2019 at 7 PM. 1.800.335.7323 | 4326 University Way, N.E.
Seattle, Washington 98105

Duane tells me they already have over 50 pre-orders, but its still not too late to add yours!  If you want the book personalized, please add that information to the 'comments section of the order form.

The very next day, I will be flying to New York City for New York Comic Con.  I'm very excited to be there again, to meet readers and to sign books for them.  We will also have some free books to give away at the Del Rey Booth.  So if you have your tickets to NYCC, please be sure to come by and see us! 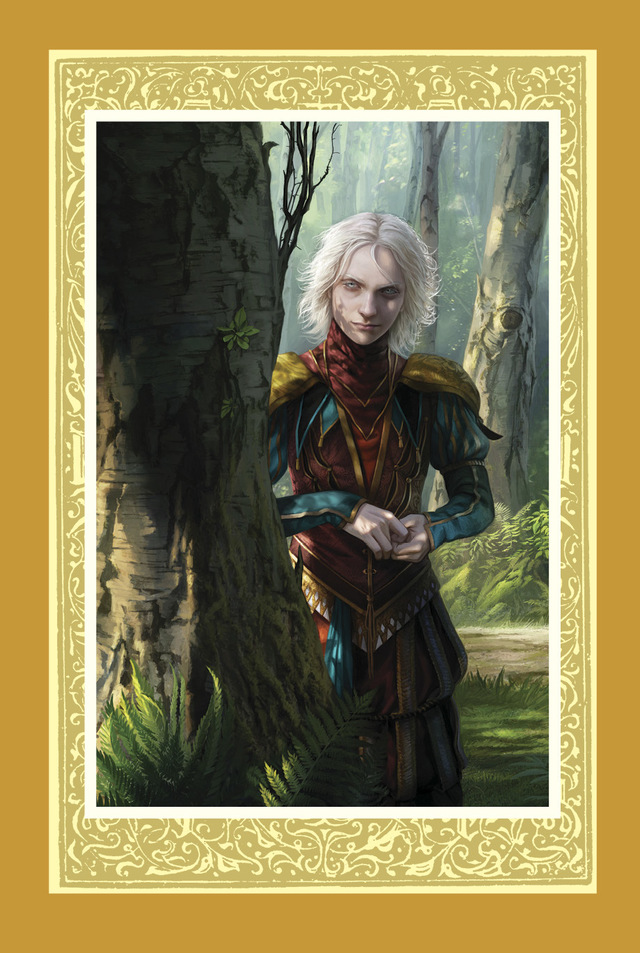 The Fool by Magali Villeneuve.  One of the illustrations in the 25th Anniversary Edition of Assassin's Apprentice.

A number of years ago, in France, I had the good fortune to meet a wonderful illustrator named Magali Villeneuve. I was very impressed with her work, to put it mildly. She had illustrated such well known properties as A Song of Ice and Fire, The Lord of the Rings and Star Wars. I attended Imaginales in Epinal, France several more time, often encountering Magali and getting to know her better. At one time, she presented me with a lovely book of her work, entitled A Journey Through Illustrations ; in the front was a hand drawn sketch of FitzChivalry. And immediately I wished I could see more of her impressions of my characters and the Realm of the Elderlings.

When discussing with Anne Groell, my longtime US editor at Random House, the possibility of a 25th anniversary edition of Assassin's Apprentice, Anne asked me what illustrators I might like. As it happened, Magali Villeneuve was someone we both wanted for the project.

I was delighted when Magali agreed, and remain so!

On October 1, in both the US and the UK, the 25th Anniversary Edtion of Assassin's Apprenticed will be released. It features ten lavish color illustrations by Magali.

I will launch the book, as always, from University Book Store in Seattle, Washington, on October 1 at 7 PM. I will be available to sign copies that evening. If you are unable to attend, but still desire a signed copy, it is possible. When pre-ordering the book from the bookstore website (above) , just fill in the 'comments' section of your order with the request that the book be autographed.

For those attending New York City Comic Con from October 3 to 7, I will also be making appearances there and signing the book. I will post more on that as my exact schedule is known.

Counting down the days!!! Anyone not familiar with this work of this artist will be very pleased when they see the rest of it. Fingers crossed for a scene of "Present this pin and you will forever be presented into my presence."